Haven't blogged for quite a while, apart from random recipes people asked for; these last few years it seems blogs are out of fashion and livestreaming is in instead. (I've been livestreaming a bit; you can find highlights on twitch.tv/pentapod as well as some videos on my youtube channel).

Anyway, the big news is I've moved back home to Canada. Very sad to leave the EverQuest II team, but I'd already had significant problems with US immigration nitpicking my work visa and clearly under Trump it's only going to get much, much worse. Besides which, barely a day has gone by since Trump's inauguration that the news hasn't contained some disastrous, disappointing, or downright terrifying thing he's announced. As an immigrant in the US, I got to enjoy taxation with NO representation at all, and without a vote, the only vote I have against Trump is to leave and refuse to give him my tax dollars. So, here I am in Canada. Funny to think EQ2's tradeskill content was built mainly on immigrant labour; but that's what I was, so that's what it was, and whatever happens to EQ2 tradeskills in the future is a direct result of Trump's policies, like them or not.

A couple brief interviews with me came out last week which contain more detail about why I'm leaving and I enjoyed most about working on EQ2:

And that's about it for the high level overview. I start the new job on Monday so I'll refrain from commenting on it until then, although of course I'm hoping I love it and they love me, but time will tell!

In terms of specific details though, my goodness, moving countries is exhausting and I don't remember why I've done it so many times already. Each time it seems to get harder. So many details to take care of, and it's particularly challenging in US because so many companies seem to be under the misguided apprehension that no country outside the US actually exists. Seriously, I haven't had this problem in ANY other country, ONLY US-based web sites persist on having address fields that actually don't allow you to enter an address outside the US, thus making it completely impossible to complete the forms if you dared to move outside the country. I encountered this problem THREE TIMES TODAY ALONE, yeesh!  (Trying to update my address on my bank's website; trying to update my dress on the USCIS immigrant change of address form, and trying to arrange for USPS mail forwarding.) It's beyond my comprehension how so many websites (and presumably the companies that design and approve them - in today's example, banking, government, AND post office) can be so consistently short-sighted and navel gazing that it didn't occur to any of them that people might move to or from other countries ... although maybe it does explain how Trump got elected.  The US is also the only country I've left that insisted I had to have an in-person interview with the the tax office before departing. They made me fill out a form and bring in a bunch of documents which nobody bothered looking at, and then the IRS staff member stamped it with an official stamp and said she had no idea why I needed to get it or who I was supposed to give it to either. The form said to keep it with my passport, which nobody at all looked at on the way out, so I have no idea what the point of that was other than to add yet another hoop to jump through...

In other fun news, it appears to be almost impossible to rent a place here in Vancouver; properties are gone before the rental managers even get around to answering the queries about them on the rental listings they posted that very day. Prices are astronomical and sizes are tiny. Today I looked at a 1 bedroom apartment under 600 square feet for $1800 per month, and there are plenty more expensive than that! Just as well I sold almost all my furniture and got rid of as much extra junk as I could in the time I had, I sure won't have a lot of space to store it in.

I could go on, about how the company that was supposed to transport my car up here flaked and I've had to rush to find another one in the midst of everything else going on this week, but that's probably enough complaining for one blog post. At least I am back home in Canada, which may not be perfect but at least it's generally trying to be well-intentioned; my money is no longer supporting Dear Leader Orange, and Vancouver seems like a pretty cool place (both literally - brr - and figuratively). 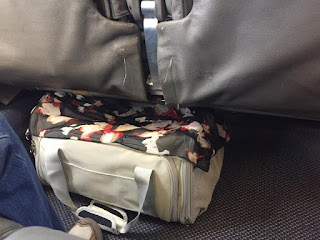 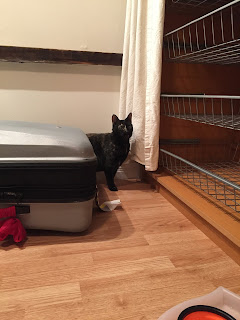 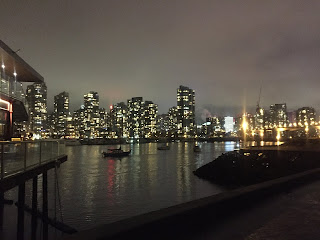 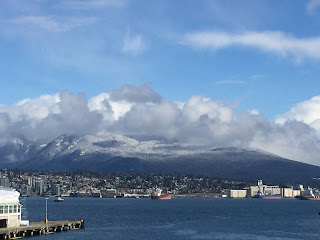